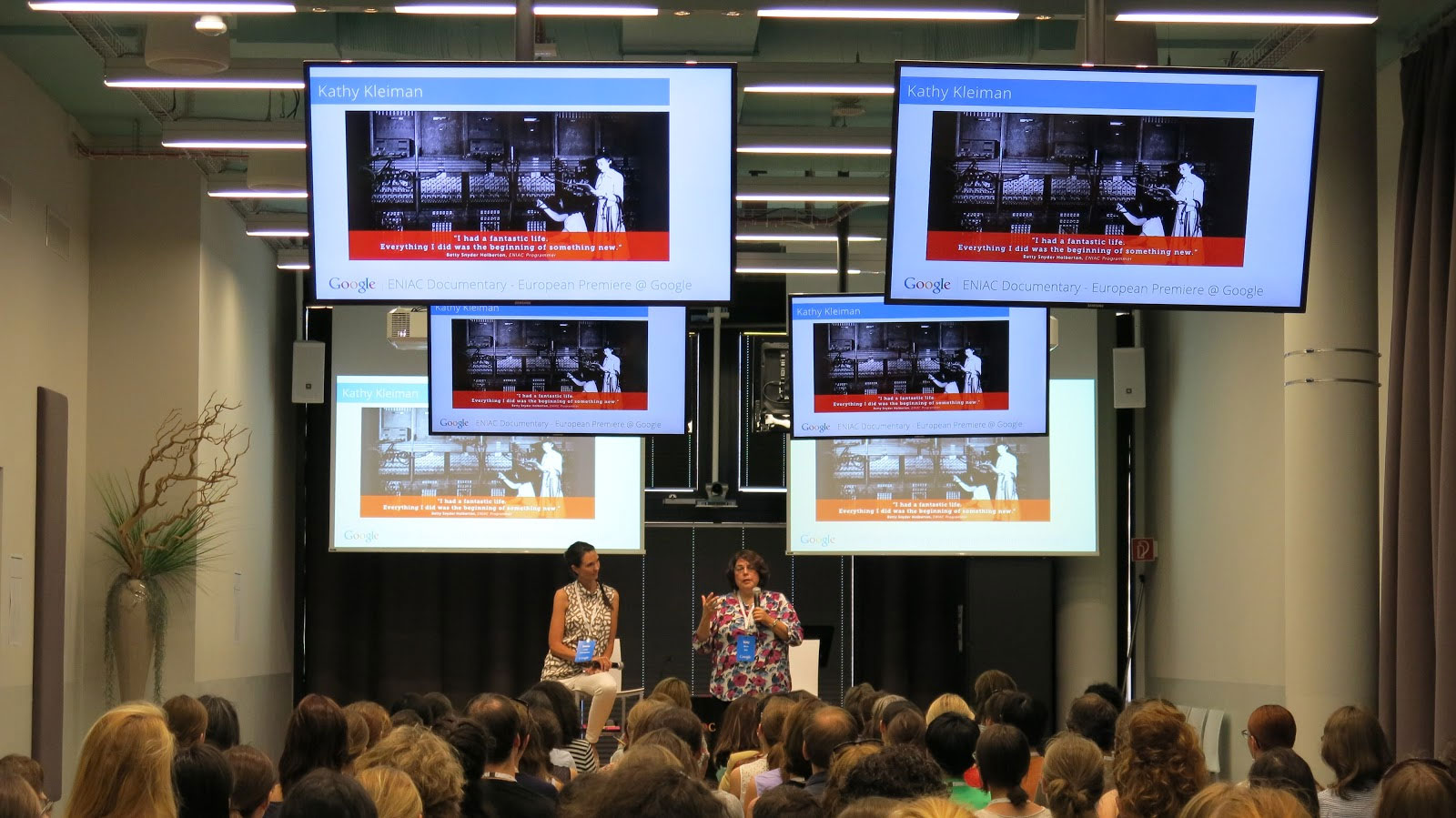 This past summer, screening The Computers: The Remarkable Story of the ENIAC Programmers at unforgettable events at Google offices in Paris, Stockholm, Zurich and Tel Aviv. It was an encore to our European premiere at Google London in 2014. The goal was to share the ENIAC Programmers’ story to Googlers and women in tech in the local communities, to shed light on talented women in tech today, and (as Google would say) to empower and inspire.

At each session we had a screening, a Q&A with me about the challenges of finding ENIAC Programmers and making the documentary, and a panel discussion with Google engineers.  Then there was lots of food and networking! Each panel featured women engineers at the Google offices who shared their education, work experiences, success and frustrations. Stories were shared for hours, both by the panelists and attendees. Then the discussions continued (sometimes for hours) at the receptions that followed. New networks were built, new friends were made, great histories were shared!